Ah, growing up – it’s hard. You’ll go through various ups and downs in the massive learning curve. Whether its your first break up, getting ignored on MSN, falling out with your mates, pushing your Dad’s Ferrari out a window – you’ll have a shit time at one point or another. But growing up brings people some of their greatest memories, and this whole process makes for excellent movies. Therefore, here’s our top 10 ‘coming of age’ films.

You know what’s really bloody annoying – not being able to go on a ride cause you’re too small. All you want at that moment is to grow instantly. Big, made in 1988, tells the story of a young boy who uses a ‘magic wish’ machine to wish to be an adult following being rejected from a fair ride. He wakes up the next day a fully grown man, played by the marvellous Tom Hanks. From here he has to take on the complicated life of an adult, all whilst still being a 12 year old boy on the inside. Light-hearted and charming, Big will put a massive smile on your face.

So, if you have read our About page (if not click the link), you’ll see that I am a major fan of The Goonies. In fact, it is my favourite film EVER. I think it is the perfect film – it is hilarious, fun, heartwarming, brilliantly directed, and timeless. What is really great is the message behind The Goonies. Despite the kids growing up and going their own ways, they realise they should never lose that sense of adventure which can create an incredible memory. If you haven’t seen it, you need to immediately. Also of course, never forget the truffle-shuffle.

Boyz n the Hood was a surprise success at the box office upon its release. But there’s plenty of good reasons for it to be loved. I see it as not only one of the best coming of age movies, but one of the best movies ever made. It captures America’s internal problems – racism, violence, poverty, drug abuse – perfectly. Telling the story of a young boy growing up in the hood with his father, it is the performances that make this film incredible. Lead by the powerful Laurence Fishburne as the father Furious Styles, and Cuba Gooding Jr as his son, their chemistry makes it all feel so real. Also featuring the tremendous Ice Cube as one of Gooding Jr’s friends, this film has a huge amount of impact, and remains incredibly important to this day. Increase the peace.

So as a Scottish male, a lot of the American high school stereotypes shown in movies aren’t all that relatable. However, there are basic school stereotypes that I still pick up. For example, popular and not popular groups. Mean Girls shows the worship and contempt for the popular group of girls – who are pretty bitchy to say the least – and also the troubles of being the new person at school. Whilst it is hilarious at many times, it points out that people can change, and that you shouldn’t talk behind someone’s back – it’s nice to be nice. Mean Girls has became a cultural phenomenon and almost everyone knows a line from it. Also, you can’t just ask someone why they’re white.

I LOVE Boyhood. For my full thoughts on it, check out my review here. Basically, it’s a masterpiece. Filmed over 12 years, it shows a boy’s life from childhood to college. A truly beautiful film that is extraordinary in nearly every aspect, you don’t just watch Boyhood – it’s an experience.

Stephen King is an incredible writer, so it really isn’t a surprise Stand By Me, adapted from the book The Body, remains a truly excellent film. Telling the story of four twelve year old boys going on a weekend hike to find a dead body, it sounds pretty grim. Yes, it is dark, but it perfectly captures the friendships between the young boys, giving us many laughs and tears. We are given an insight into the anxieties of the kids, and all the issues they have to deal with. The acting is exceptional from all four of the boys, and their characters are instantly memorable. Stand by me is an emotional watch, but you’ll never forget it. “I never had any friends later on like the ones I had when I was twelve. Jesus, does anyone?”

Superbad really is one of the funniest films ever made. It tells the story of two best friends in high school, who get caught up in all sorts of chaos in their plans to go to a party and have sex with their dream girls. Jonah Hill and Michael Cena take the leads, and perfectly capture friendships between young males. Packed full of swearing and sexual banter, the script is excellent and really makes this film a classic. I found so much of Superbad relatable, which makes it a personal favourite of mine. Also, Christopher Mintz-Plasse as their geeky friend Fogell is hilarious – oh shit sorry, his name is McLovin.

The film that started it all; the film that put the ‘teen’ film genre on the map – American Pie is a true classic that captures the plight to lose your virginity under social pressure from friends. Upon many viewings I still laugh out loud every time. The chemistry between the leads is very hard to beat, and obviously Seann William Scott as Stifler is bloody amazing. Whilst American Pie is packed full of raunchy comedy, there are moments of genuine heart and revelation, which makes it realistic as well as crude. Anyone fancy some apple pie?

We all have that feeling getting up in the morning; please God give me a day off. Whilst most of us just accept life and go to work or school, Ferris Bueller says “no”, fakes an illness and has an absolutely incredible day. The character of Ferris Bueller represents everything about people we like, and everything we want to be – he’s confident, funny, carefree, and everything goes right for him. Whereas his best friend Cameron is an incredibly accurate representation of what we actually are a lot of the time – moaning, stressing, not as confident as we’d like to be. The film itself may be simply about his day off with his friends and the things they get up to, but it also points out that living the life to the fullest can have a massive effect on you as a person, so maybe its worth it to pull a sicky go a bit wild. Also, the ‘twist and shout’ bit is one of my favourite movie scenes ever!

The Way Way Back

Rebel Without A Cause

The Perks of Being a Wallflower

So here we are, the best coming of age film of all time – The Breakfast Club. Firstly, the plot; five students, all very different, are stuck in school for detention on a Saturday. That’s it! It doesn’t sound like much, but this simple story makes for a truly excellent film.

During their day of detention, there are many mishaps such as the character Bender falling through the ceiling, or the group of teens trying to hide from the ‘evil’ principal. As well as these events, The Breakfast Club truly shines when the characters talk to each other, and learn more about themselves than they ever thought they would.

The film makes the point that despite whatever ‘group’ we may be classed as in school, we should all try and get on with each other, and not judge a book by its cover. This is why it’s the best coming of age movie – it presents a valuable life lesson that needs to be taken on board as we grow up. Combine this with superb writing, excellent performances from the whole cast, especially Judd Nelson as the typical arsehole, and Paul Gleason as the rather vicious principal Richard vernon, you get an outstanding movie – not to forget Simple Minds. If you haven’t seen The Breakfast Club, put it on your to-do list and thank me later.

“But what we found out is that each one of us is a brain, and an athlete, and a basket case, a princess, and a criminal. Does that answer your question? Sincerely yours, The Breakfast club.”

What do you think? Are any of your favourites on this list? Let me know in the comments below or send a tweet to @frew_cameron. 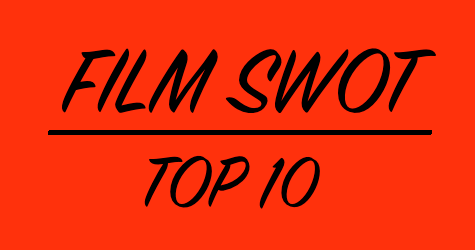