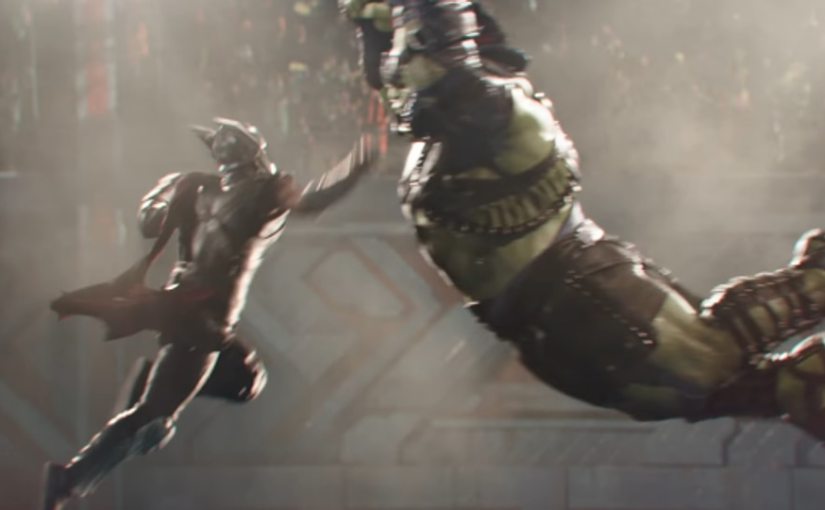 Thor vs Hulk – what else do you need?

The first trailer for Marvel’s Thor: Ragnarok has been released. Get it watched below.

Directed by Taika Waititi, the third entry in the Thor franchise and continuation of the Marvel Cinematic Universe sees our hero imprisoned on another planet without his iconic hammer, Mjolnir. There he must fight in gladiator battles in order to escape and return to Asgard, including a face off with former friend, The Hulk.

The trailer instantly breaks away from the dreariness of its predecessors, neither of which are as well critically received as the rest of the MCU. Taking a page out of the Guardians’ book, it opts for iconic 70s music in the form of Led Zeppelin’s ‘Immigrant Song’, bursting through the screen with a nostalgic aesthetic and if nothing else, plenty of fun.

Chris Hemsworth is obviously returning as Thor, as well as Tom Hiddleston as fan favourite Loki. Our big bad, Hela, is played by Cate Blanchett, establishing her place as a formidable villain by destroying our man’s trusty tool in the opening shot. We also have Mark Ruffalo as Bruce Banner/The Hulk, and Benedict Cumberbatch will make a brief appearance as Doctor Strange.

Thor: Ragnarok hits cinemas on November 3. Are you ready?